Showing posts from November, 2018
Show all

MDT no longer detects my desktop is a desktop

The SMBIOS Specification was updated again this year to add new enclosure type values that affect the IsDesktop variable in MDT.  This variable is populated by ZTIGather.wsf which has not been updated officially to keep up with the changing SMBIOS spec.

We saw this same issue when the spec was expanded to add new enclosure type values for different laptop form factors.

To ensure your IsDesktop and IsLaptop variables are accurate you should upgrade your MDT environment to version 8450.  You can also easily update ZTIGather.wsf: 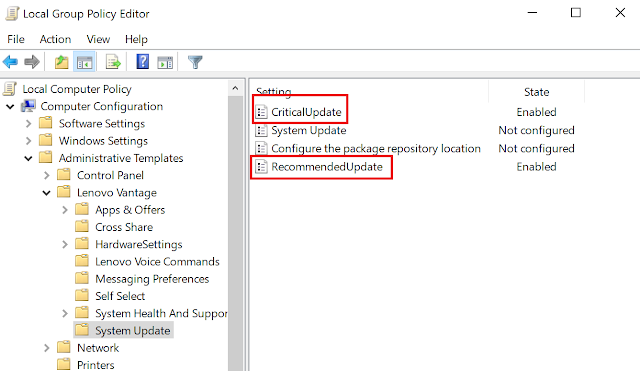 We've had several customers ask "should we use Vantage or System Update to keep our systems current?"  Some of these customers have been using System Update and managing an Update Retriever repository for years.

What's the difference between the two when it comes to updating Lenovo drivers and hardware apps, such as Hotkeys?  There really isn't one.  Both tools use the same mechanism to check and install updates.

What makes Vantage an attractive option is that it comes preloaded on Thinkpad.  With the ramp up in AutoPilot and cleaner OEM Windows 10 images, keeping the end user updated out of the box sounds like the way to go.  An added bonus if you have an Update Retriever repository and want to control which updates your systems install.  Just like System Update, you can point Vantage to a custom repository or to the default repository hosted on Lenovo's servers.

A brief explanation on a couple of the moving parts.  Shortly after OOBE, a scheduled tas…
Post a Comment
Read more
More posts